Agri Resources asks to exchange its old bond 2016/21 and goes a step further: Follow-up bond 2021/26 comprises up to EUR 50 million. We spoke to CEO Frédéric Dalmasie about the issue, the status quo and the prospects for the agricultural group.

Mr Dalmasie, as usual to kick off, especially since we have not yet spoken directly: Who is and what does Agri Resources do?
We are an agricultural company with a very special focus: Sustainability is right at the top of our agenda and we have a special focus on the African and European market, on the one hand with staple foods and on the other hand with specialties such as vanilla from Madagascar. In a few facts: As an international group with activities in eleven countries, we have around 520 employees. Our core business includes the cultivation, procurement, processing and marketing of agricultural products. We are part of an international value chain for food and ingredients, have an agricultural area of ​​82,000 hectares and six processing and storage centers, and serve international blue-chip customers in the food and cosmetics industries in Europe, Africa and Asia.

The new bond worth up to EUR 50 million is intended to repay the old 2016/21 bond for EUR 16.12 million as planned and to provide growth capital . What can Agri Resources manage with these EUR 33.88 million in projects?
The incoming funds are to be used in a broadly diversified manner. We have developed a very specific project pipeline for this. The focus is particularly on the further expansion of our activities in Madagascar, Ghana, Mauritius and Benin. There we mainly focus on three categories: the advancement of current sustainable agriculture, new projects for an ecologically sustainable management of living natural resources and land use, and new projects for socio-economic progress and empowerment.

Let’s come to the macro view: Your activities are predominantly in different countries on the Atlantic coast of Africa, plus Madagascar. What distinguishes countries like Ghana, Guinea or Madagascar as countries of your choice – in short: why exactly these? 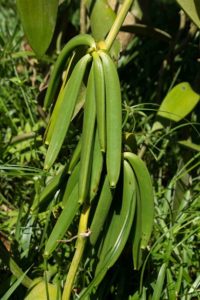 Africa is generally characterized by sustained economic growth and positive prospects for food production and agriculture. Our locations have excellent agricultural prerequisites as well as a good infrastructure and favorable regulatory framework, so that we can operate successfully and ecologically sustainably in the long term. On this basis, we have succeeded in building a cultivation area of ​​82,000 hectares as well as extensive processing and storage capacities in recent years.

Another macro question: Africa’s population is expected to double by around 2050 and more than triple by 2100. Can a continent like Africa actually house and feed 4 billion people, especially sustainably?
That certainly represents a very great challenge for the continent and the population and requires enormous efforts. From our point of view, the key is clearly in the agricultural business, which is not only of great importance for the economic growth of Africa, but will also play an even greater role in the future due to the increasingly important food security. As an established company in the African agricultural business, we want to continue to make our contribution. In Africa in countries such as Ghana, Benin and the Republic of the Congo we produce staple foods such as soy and rice for the respective domestic market. There we are an integral part of the respective local agricultural economy and are very actively involved in sustainably developing the agricultural economy. 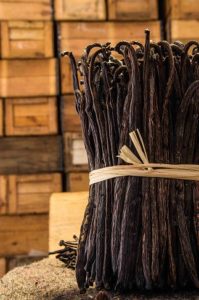 What exactly does ‘organic’ mean in the production / cultivation of e.g. vanilla or soybeans?
In organic farming, food is grown according to the principles of organic farming. This means that synthetically produced fertilizers and pesticides as well as green genetic engineering are avoided. Since we attach particular importance to this, we have, for example, successfully subjected our plantations and products in Madagascar to Ecocert certification.

What qualifies the new 2021/26 bond as a sustainable bond?
In a second party opinion, Vigeo Eiris, a subsidiary of Moody’s and the world market leader for ESG assessments, data, research,
benchmarks and analyzes confirms that our sustainability bond framework is in line with the four core principles of the ICMA Green and Social Bond Principles. Our new bond thus qualifies as a sustainability bond as defined by the International Capital Markets Association ICMA. 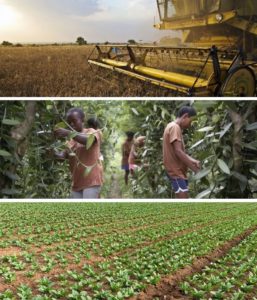 What did the evaluators like and where do they see potential for improvement?
Vigeo Eiris can assess the commitments of the Agri Resources Group and the bond’s contribution to sustainability with “an appropriate level of security”, which corresponds to the highest level of security according to Vigeo Eiris’ internal rating scale. Overall, Vigeo Eiris confirms with a reasonable degree of security that Agri Resources is able to integrate relevant ESG factors into its strategy. In detail, Vigeo Eiris confirms with a reasonable degree of certainty that environmental and social factors are integrated, whereas the integration of governance aspects is confirmed with a moderate degree of certainty.

Despite doubling sales in 2020 to EUR 20.3 million, the bottom line was again only a slight plus of EUR 0.3 million, i.e. a margin of 1.3%. How does Agri Resources become more profitable?
To round off the overall picture: since we issued our first bond, we have been able to increase our sales from EUR 5.8 million in 2016 to EUR 20.3 million last year and have grown consistently profitably. Our operational earning power is reflected very well in our EBITDA, which improved from 1.1 to 2.8 million EUR in the same period – equivalent to a very adequate EBITDA margin of currently 13.8%.

Are you still in a dynamic growth phase?
Our 2020 key financial figures clearly show what a promising corporate phase we are in: thanks to equity of EUR 151.3 million, which corresponds to an equity ratio of 79.8%, and not least thanks to the funds from the bond In 2016/2021 we built up extensive assets in Africa and Europe: now 82,000 hectares of agricultural land and extensive capacities for further processing and storage of our agricultural products. The basis has already been laid. With sales doubling in 2020, we are already in the middle of the dynamic growth phase. And with our earnings growth to EUR 2.8 million in EBITDA or an EBITDA margin of 13.8%, we can already show very nicely that we are allowing this growth to be accompanied by a corresponding profit margin.

What does that mean for the future?
From this position of strength, we want to exploit further significant earnings potential in the coming years. Above all, the expansion investments made in recent years will have a clearly positive effect on our earnings position. We particularly benefit from the cultivated area, which is growing every day, as well as the associated economies of scale. Since the focus in recent years was initially on building up sufficient assets, only part of our capacities are currently being used. We will therefore significantly increase sales and earnings based on the investments that have already been made. In the coming years we aim to achieve double-digit annual sales growth and disproportionately strong growth in earnings. 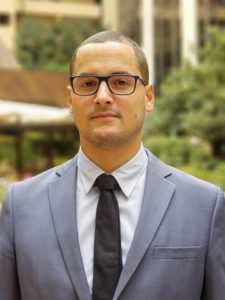 Mr. Dalmasie, thank you very much for your time and the interesting insights!